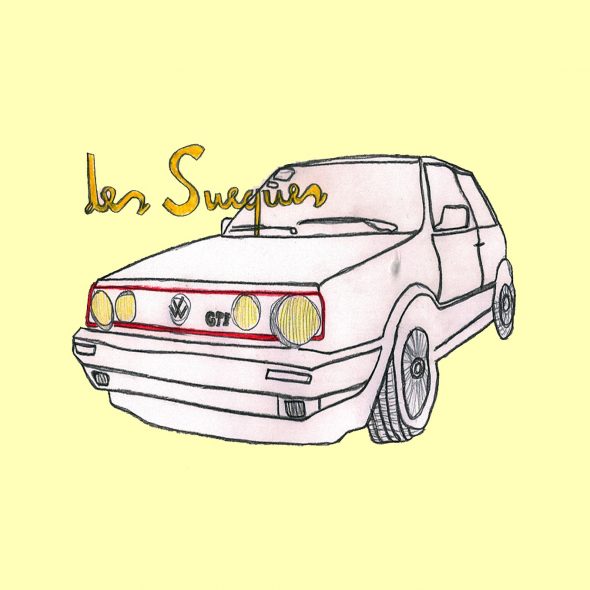 Standing on the sand on a beach, the graceful spotting of a plane in the blue sky sporting an aerial advertisement, the uninhibited and relaxed gazing of a brand up in the sky, like an ad shown on the horizon in slow motion and which reads ‘Bastards’. Les sueques are a dadaistic, punkish, almost all-girls band that likes to explore the shades of gray in pop music. The tunes are sweet and colourful, while the lyrics gut wrenching.

The band formed by Blanca Lamar, Tuixén Benet, Raquel Tomàs and Pau Albà (Tokyo Sex Destruction) truly enjoy life: they like to dance, act out, sing, play, and dress up, a full performance that goes beyond the boundaries of their four only songs.

The EP, which contains four great, shiny songs, was recorded in demo-like attitude in only one day by Sergio Pérez (Pegasvs, Thelemáticos) and Hans Laguna.

A lot of things occur in the songs: Freights over a naïve but painful presence inhibit the dark and upbeat opener ‘Monstre’. The self-assured tempo of ‘Mirall’ is a wink at the Velvet; ‘Iquèahhh’ is a loud and yet dumb snore, an ironic take on consumer society; ‘Terrorista’ is a smashing post-punk hit, an anthem song which flirts with the riches of post-modernity.

They look dearly and attractively dangerous

They seem to know the keys of post-punk pretty well