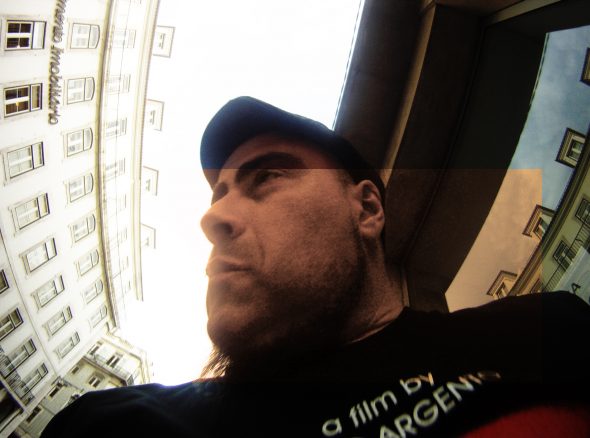 With twelve albums under his belt, a trilogy of albums with N (Hellmut Neidhart) and an endless flow of collaborations released on labels as diverse as Abgurd, Drone,TIBProd, Mystery Sea, Eclectic Reactions or his own (SeriesNegras), Txesus Garate has become a key figure in ambient and contemporary noise music, as well as in activism and audiovisual manipulation (alongside Paralux).

Although the origins of this restless explorer in the Basque experimental scene are in the harsh sounds of industrial music, his take on music over the last 20 years (either as Tzesne or as a member of Gutural, guZural or Kkopu) has evolved towards simpler, concrete approaches to composition that, while still managing to take many different shapes and forms, result in a highly conceptual body of work that is both suggestive and dreamlike and yet musically unconventional.

Indeed, with this idea of nuclear and semantic simplicity of sound -of the modeling of time- in mind, Tzesne ran into ‘Voltereta’, a 2017 album by Daniel Ardura (Ensaña, Alado sincera, Sonio) that uses harmonic decontextualization to bend and curve the fabric of folk music to such an extent that the foundations of the genre are literally turned upside down. In this new EP, Tzesne seizes six of those songs and makes them his own, reinventing the essence of Ardura’s initial idea. ‘Ateretlov’ is a shift towards a space where Ardura’s original pieces can be re-signified. Tzesne embraces atonality, makes room for cracked electronic sounds and ultimately uses this new formal space to stage this one-of-a-kind interpretation.