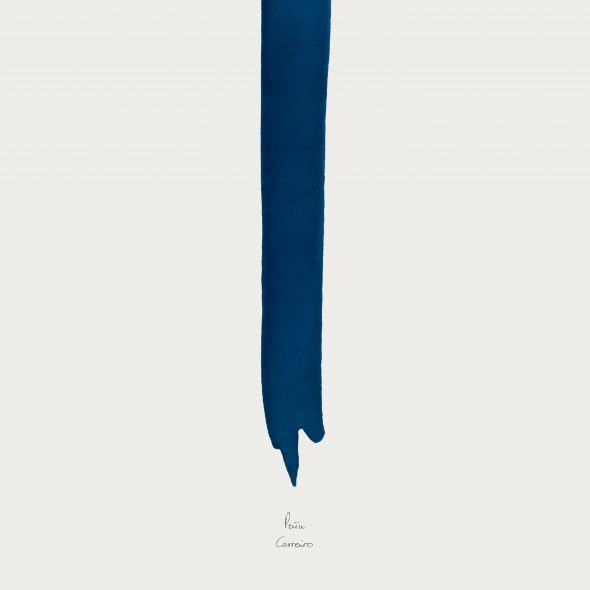 After releasing a beautiful EP called ‘Fórmula’ last year, Peña are back now with their first studio work entitled ‘Carreiro’. A surprising debut, not only in terms of transcending folk, but also in terms of contemporary music coming from Galicia.

Using their own roots as a point of departure, the band formed by Toño Magariños (diola, Unicornibot), Rubén Abad (Cro!, Trilitate) and Elena Vázquez (Trilitrate) has been able to weave together an exquisite body of songs, which combines simplicity with idiosyncrasy and formal bravery. For, in ‘Carreiro’, the subconscious pulse of popular music is represented to us in such amplified harmonies, that overflows our listening experience in extraordinary ways.

Welcomed with a wall of organs at the very opening of ‘Burato’, then we witness with emotion the harvest, whose liturgical description seems to fit perfectly with the metric of the song. But wait, the apparently heartwarming ‘Selva’ hides criticism of certain superficial eco-friendly statements, just as in the 5/4 of ‘GPS’ one could ask oneself if –Estamos ata os collóns de estar sempre conectadas, ou non? (…). One way or another, in the end, we are left with the feeling that love remains in each and every one of these songs, although ‘Bandeira’ is probably the one that defines the album better. An album that works as a return to the present, as an hypnotic call home: a familiar space where images of our childhood are projected, although we discover in them some elements subtly rearranged now… not everything seems to be exactly where it was.

An exquisite body of songs, which combines simplicity with idiosyncrasy and formal bravery

Tradition and friendly and intelligent pop go hand in hand

Debotion for the detailed and the oblique. A new Galician folk is possible

They touch the basic feelings of the human being and they do it with care, in nine exquisite songs