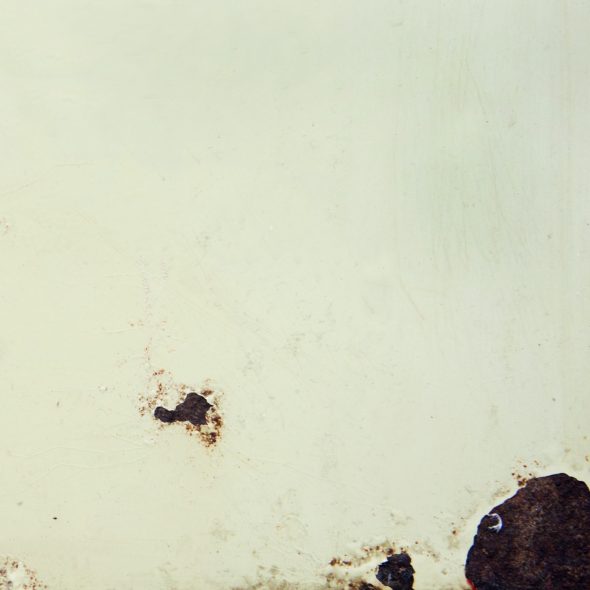 After a lifetime of friendship, pubs, and hell of a lot of hard work on their respective projects, Hevi (Malandrómeda) and Javi (Duo Cobra) started working together in 2010 on their first album, which is now followed by this seven-inch disc. One thing is for sure: conventional rap and techno are thrown out the window in hopes of drifting to their own lawless paradise.

From the very first play it’s obvious that Fluzo are moving somewhere across from where the wind is blowing. The timbre, the programming, the structures, they all tell us that Fluzo is looking for something else in the genre. No virtuoso climaxes; just a lot of heart. Experimental techniques are just a means to an end. Proof can be found in the unusual combination of instruments in the songs. This release captures the flavor of 90’s electronic nondance music, the attitude of the soundtracks of old cassette video games, the soul of the delta blues recorded with a single microphone or the free will of classic rap. By this we do not mean it’s a haphazard copy of someone’s record collection. Not in the least. Here there is no recycling or tributes. The idea is to find out what was going through Antonio Machín’s head when he intoned the words se vive solamente una vez.
Fluzo allows us to share moments of solitude, easy sex, obsessive love, and wild parties; the lyrics ekes out a furrow in a small universe. It’s the world as seen through the eyes of a comic-book author. Selective vocabulary coupled acrobatic phonetics, from the part of the world that existed before the land split into continents and whose scattered debris can be found anywhere on the planet. ‘Lastre e oleada’ is populated by chiptunes, bastardized circuitbending gadgetry, and the most powerful collection of customized Casios known to noncivilized Europe. Yet they get us to dance to hypnotic rhythms and programming that challenge the laws of mathematics. Damn cool, especially when we realize that it’s just one of those spur-of-the-moment stories that happen when things come naturally. And for Fluzo, what comes natural is to question the nature of things and the status quo.

A project so original and so necessary