END_OF_DOCUMENT_TOKEN_TO_BE_REPLACED

Standing on the sand on a beach, the graceful spotting of a plane in the blue sky sporting an aerial advertisement, the uninhibited and relaxed gazing of a brand up in the sky, like an ad shown on the horizon in slow motion and which reads ‘Bastards’.

Les Sueques are an almost all-girls band that likes to explore the shades of gray i…) pop music. The tunes are sweet and colourful, while the lyrics gut wrenching. The band formed by Blanca Lamar, Tuixén Benet, Raquel Tomàs and Pau Albà (Tokyo Sex Destruction) truly enjoy life:

They like to dance, act out, sing, play, and dress up, a full performance that goes beyond boundaries… Bearded, superheroines, post-office employees or El Corte Inglés’ shopping clerks, they’re a package. A package that is at once pop, dark, and naive.. As fresh as they are dangerous, they are an organless body with stabbing, hilarious lyrics. Just the simple truth. They do things like show up with Guess Who? mystery masks on and start raffling off a wok. 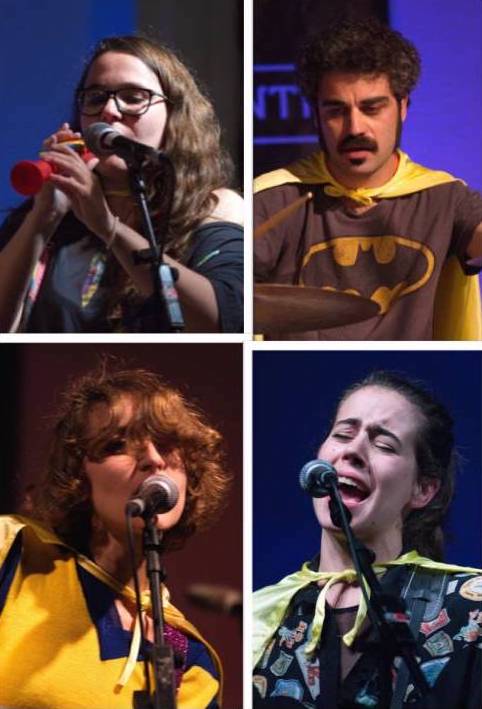