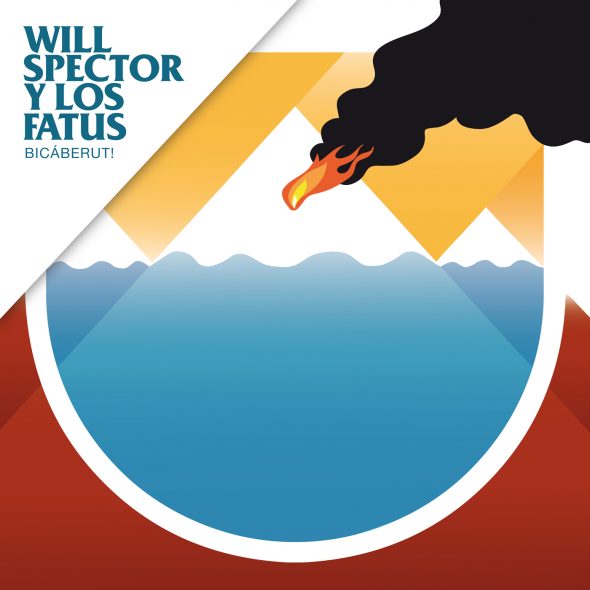 The first release by Will Spector y Los Fatus is psychbilly derived from the swampy sounds by Los Muertos and crossbred with electronic music from Huesca. It is also The Cramps meet Freud, as well as a hangovery Alex Chilton. The tremors creep up from the deepest catacombs; nihilism in the form of a three-minute song. ‘Bicáberut!’ is junk delight for all black grape lovers and fans of irresistible melodies alike.

There’s room in the band’s imaginary universe for all these: casual sex, the miseries of our century, stimulants cut short, dimmed toilet lights, the pleasures of mayhem (I come in, you come out, the two of us locked in): Los Fatus glorify vital denials and the loser’s pride. Their tendency to self-parody uncovers an exquisite, immediate lyrical prowess. That’s where their discourse is directed to under the baton of a Casitone keyboard: proto-punk, synth-rock, new wave reminiscences, Madchester sound, Galician cannibalism. This is ball music for people who’ve failed in life, for students living in exile, for clumsy drunkards knocking drinks over, and for people keen on masturbatory fantasies: they will all be in their element.

Produced in northern Aragón by Mestizos’ emblematic top dog Juanjo Javierre (the old master of Latin booglaoo and supporter of the “caño roto” sound), ‘Bicáberut!’ revolves around three universal tenets: perverse love, narcotics, and climate change. Will Spector y Los Fatus are the wildest, truly original band to have hailed from Spain in the last two decades, and to prove this I am going to set myself on fire in front of all of you: we all have feelings and emotions, despite our dull, cold dance ways.

There is no truce

Wild, enemy of the good behaviour