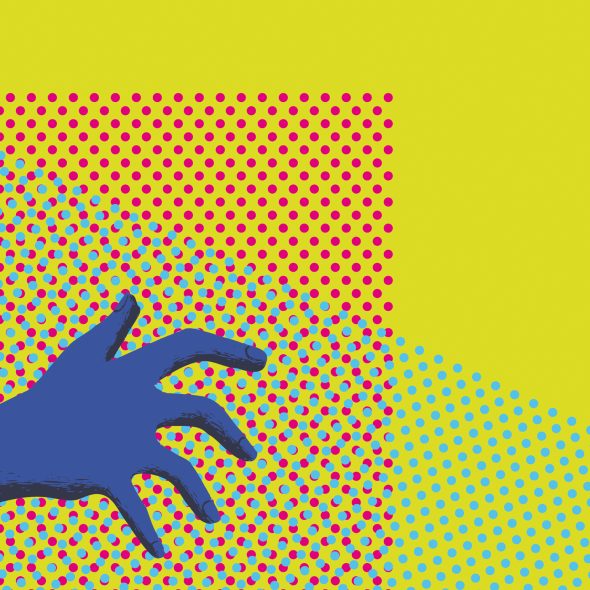 An example of camaraderie

Pentina’t Lula debut with a 7-inch split accompanied by such a myth from Barcelona, the one and only Panotxa (Ultratruita, Chicks On Speed, a legend of the Catalan underground) but, in this case, artists go beyond and participate in each others’ songs. On the A side, Pantoxa plays the bass in Pentina’t Lula’s songs and, on the contrary, the Pantinat sisters play Panotxa’s songs on the B side. An example of camaraderie and good proof of what their explosive live shows are today, we face a work that demonstrates the dialogue between these two genuinely Barcelona-based bands.

A staunch defender of DIY, the two pieces that Panotxa i els caps parlants have recorded in his own studio are so ironic and dark that, both can be approached musically as to The Residents as to Jordi Pope. In contrast, both reflect on how we perceive specific moments of reality: if ‘Enlluernat’ celebrates the immense joy of contemplating the light when it passes through a drop of water, ‘Un minut de préssecs’ reveals the self-inflicted anxiety (contemporary) for time.

On the other hand, Pentina’t Lula are a band with an extraordinary talent to reconcile hieratic references (punk, no wave, rrrriot) with their innate gift for melodies. All, in a difficult balance that makes the Barcelona girls something inexplicable… In this split and, as if it were a Laietan version of B-52’s, they invite us to rethink everything: from the adoration of rock legends to the queer theory. Both Lula Thomas and the sisters Anna and Laia Pantinat have a very clear idea -Why do we insist on remaining in a supposedly rebellious and critical genre when, most of the time, we look at our navels without a shred of shame? What is hidden behind the mask of the collective that leads us into dissidence? (…). Pentina’t Lula colaborate with several feminist collectives, for instance the Asociación de autoras de cómic, the Ladyfest or Hits with tits, and they also participate on several contemporary creation formats with pieces that combine text and music performance (at Embarrat, Konvent Paraula, and at Poesia i +). Furthermore, Anna Pantinat is an extraordinary poet who has won seveal prizes nation wide with her own books ‘Construcció de la nit’ (Fonoll, 2013), ‘De sobte, un estiu’ (La breu, 2014) and ‘Qui no s’anomena’ (Món de llibres, 2018). 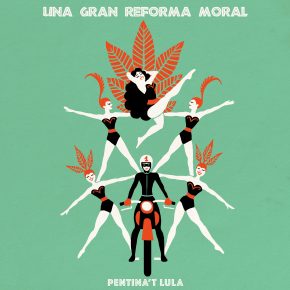 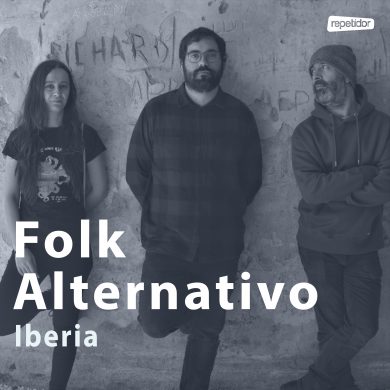 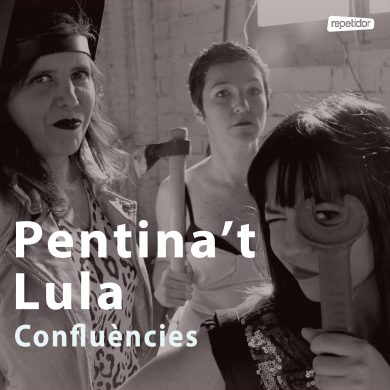