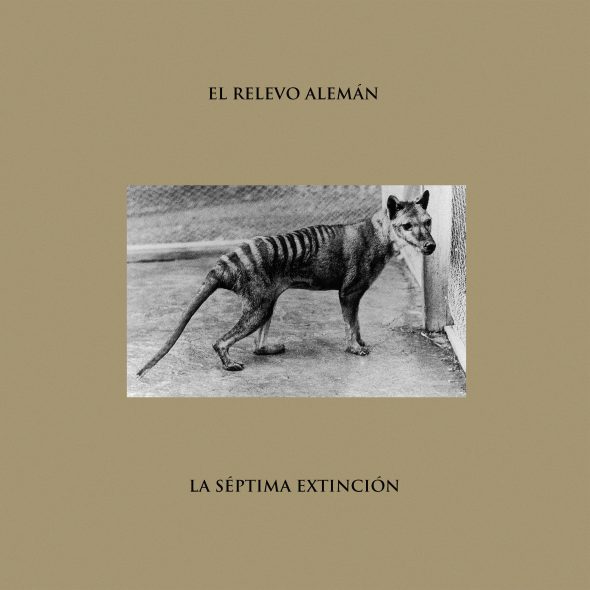 With more than a decade of career, many concerts, four EPs and five albums on their back, El relevo alemán has become one of the reference bands in the Iberian underground scene. Now Cristina Arroyo, JC Peña (Estoikov) and Javier Otones (Tremolino, Soul rubbers) stand before us with their best album to date. A title that, from the first play, opens up our imagination… Welcome to ‘La séptima extinción’.

Someone said -The albums by El relevo alemán can only be recorded by Javier Ortiz (…) That’s right, once again Estudio Brazil have been able to capture the intact slap, the hard, sharp, and forceful crackle with which the Madrid trio stuns its fans’ hair on the front rows of their shows. Once again, it sounds nourishing.

Embedded in such an approach to music, nevertheless this one -their fifth studio work- seems to narrow the wild path of their sound, since the times of ‘Ética protestante’ and, especially, since their last album in 2015, ‘Liberación’. Now everything learned along the way has been condensed here, in such a gentle melodic way.

Dinosaurs and other extinct fauna, fallen heroes of metal as well as from the First World War, some disasters of the Second one… Plots, all of them, that have been conjugated here with both contained tension and humor, through each and every one of the developments and progressions we walk on our way to.. the zenith of the song. Once there, electric explosions are detonated and El relevo alemán unleashes itself from any rein or harness, just to handle the theme by muscle, by volume. Pure intuition.

Just from the enigmatic title, song after song, this album is full of veiled references and inexhaustible material to be unraveled during a -comforting- active listening experience. In words of JC Peña -I’m less and less in favour of commenting on the lyrics, but I can tell you that this is the album I’m most proud of, there’s no doubt about that (…). All yours, enjoy.

Filled with veiled references and so powerful. It's the intact, sharp and forceful smack they use to change audience's hairstyles at front rows

Sawtooth guitars and an arid voice that shuns imposed eloquence 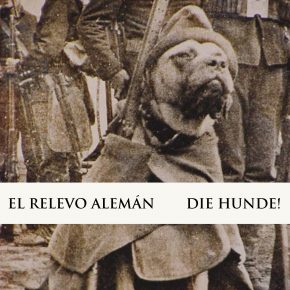