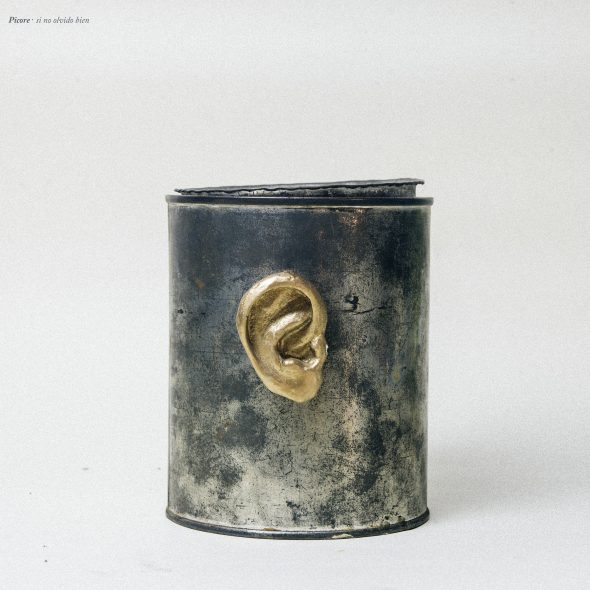 Stirred by hope, disenchantment, contempt. Combing through the habitual exalted acclaim, competition and ambition of postmodernism. Picore has plunged into a constellation of assumptions and possibilities in the band’s fifth studio album. Assumptions and possibilities, all of which are political, poetic, conceptual and, above all, musical. Si no olvido bien is articulated by exquisite rhythm patterns, whose roots stem from beyond the world of rock, in a bold spectrum of harmonic voltages.

The five-piece band from Zaragoza – Thomas House lives in Brighton – is one of most crushing combos on the Spanish music scene. With their last two albums, Picore’s aversion to ‘the comfort zone’ has pushed them into a rarely frequented basement, far away from more familiar ‘alternative’ sounds. With their no-concessions approach, they have paved their own way, composing wonderfully complex and cagey songs that are intentionally riddled with bullet holes so as to be able to breathe. As with their other albums, the seven tracks included in Si no olvido bien don’t take the listener to be an idiot: A difficult undertaking when questioning the angles, bends and folds that make up our system of beliefs. What to do with so much cardboard packaging? E.g., Valores fuera hurls at us a colonial dystopia of races and classes; Ya nos hemos reído bastante evokes the latent violence in every play on words; and Deus ex chapuza questions a war of ends and means bouncing from one TV screen to another. In the sound puzzles that Picore has pieced together since their previous efforts, the part-for-whole message (which acts like an off-screen voice over) is our guide, our Sherpa, the waist of a tightrope walker that we cling to when we look down from great heights in askance.

Si no olvido bien presents a surprising but – and this is the difficult part – unforced inflections on form: Playful polyrhythms (Dolores y cálculos), unpredictable opening partitions (the 5/3 y 3/4 time signatures of Una nocturna), with the emphasis on the dominant – a trademark of most of the tracks – or almost ironic exaggerations harmonics (En conserva is made up of all major chords except one). The album closes with a look to the near east: Montañas, one simply beautiful anti-West song. Seven minutes of a subtle and patient crescendo that poses two final questions: Will there be a more gentle way to fall? Where are you?

A landmark in the Spanish experimental rock scene

They were big, here they become giants at last

Sharpened and bold as ever, best album to date